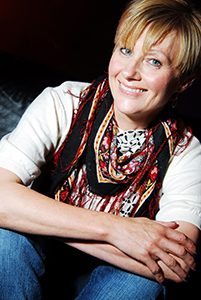 At a glittering ceremony held on 28 June 2011 at the Globe Theatre in London, Jane (seen here receiving her award from Doreen Lawrence OBE – photo courtesy The Guardian) was the winner of the highly prestigious Criminal Legal Aid Lawyer of 2011 award for England and Wales.
Jane originally gained a B.A Honours Degree in Journalism from Cardiff University before converting to Law and gaining admission as a Solicitor in January 2001.From the moment she decided to become a Solicitor her main interest lay in Criminal Defence.Jane says “I love working at the grassroots level, representing defendants at Police Stations and the Courts. It is a real honour for me not only to be nominated but to win this award. But I don’t regard myself as better than my colleagues – I simply work hard and always put the interests of the client first”

Former Senior Partner Michael Gurd says “We are all delighted that Jane has received this national award. It is a true reflection of her dedication and hard work and is so richly deserved. She is a great credit to this firm and the legal profession in general”

A list of members is available for inspection at the registered office: 19 Brunswick Place Southampton SO15 2SZ. We use the word ‘Partner’ to refer to a member of the LLP. Registered in England and Wales number OC416100.

We're not around right now. But you can send us an email and we'll get back to you, asap.